At this point I am not really telling you anything new when I say that Federal Pacific Electric (FPE) used to make what later turned out to be a very dangerous electrical panel.  There are countless reports out there citing exactly what dangers surround this notorious panel.  There is one report in particular that explains why Federal Pacific panels can be so dangerous that I find to be completely non biased and not too technical, so I often give it to my customers:  Code-Check Federal Pacific Report 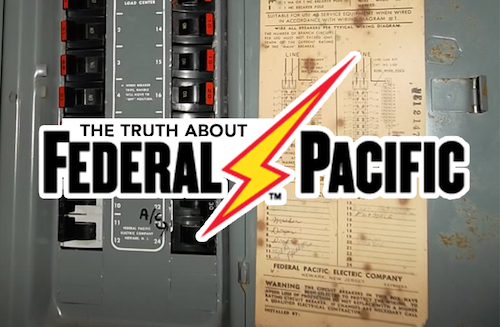 Most electrician you meet will have direct experience with Federal Pacific panels.  While this might be anecdotal, it can’t be ignored.  This article is inspired by a job that I went to earlier today.  I received a call from a frantic customer who told me the fire department just left her house.  She said that the fire department told her an electrician was required to come inspect her electrical system and then turn her power back on when it was deemed safe.  When I got there she explained that there was a small fire in her bedroom caused by one of the outlets.

The fire department made sure that the fire was completely out and shut down the power to the entire house.  At this point they typically leave it to a licensed electrical contractor.

I went up to the bedroom to inspect the receptacle and found burn marks up the wall.  When I removed the receptacle I found the common, old fashioned BX wiring with cloth insulation covering each wire.  This cloth insulation deteriorates after a few decades of service.  One of those wires with missing insulation was touching the metal electrical box and apparently caused arcing.  This is the cause of the fire.

The problem is that arcing should have never continued to happen.  The split second that arcing occurred, the breaker should have tripped.  Although I hadn’t looked at the panel yet, I knew what brand panel I was going to find in the basement.  So after I repaired the wiring in the box and installed a new receptacle, I headed to the basement to turn the power back on.  Just as I expected, I found a Federal Pacific panel.

That’s the entire point of this article, the only reason why the electrical short continued to arc and caused a fire was because the breaker did not trip.  With most other brand panels, the breaker would have tripped at the first sign of a short circuit and the arcing would have never occurred, or at least it would have been extremely limited in size and intensity.  The customer would have never had the fire, just a simple short circuit.  But in this situation, the breaker never tripped, the panel never did it’s job.  Instead, it allowed the wire in the box to continually arc until it caused a fire, which could have burned the house down.  This is a perfect example of the danger of a Federal Pacific panel.

The electrical panel in your house is a safety device, it is there to prevent issues.  But the FPE panel not only doesn’t prevent issues, it causes them itself.  The biggest problem is that you don’t know if the panel will work.  Just because your electrical system seems to work fine, it doesn’t mean that the panel is working correctly.  In order for a panel to actually do it’s job, you have to see how it functions during a short circuit, and that is simply too late.  You don’t know if the panel is going to trip and clear that short circuit until you actually have one, so that is why a panel with a known history for not tripping is such a danger in your home. 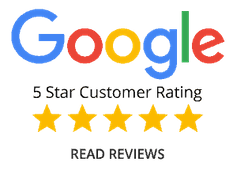 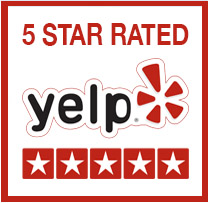